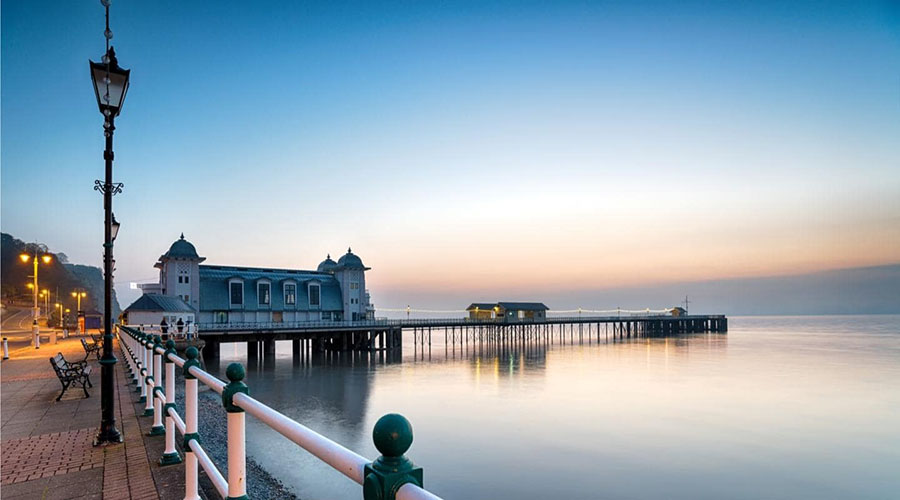 12 Things That Everyone Should Try In Mexico

Mexico is a beautiful country filled with a rich bounty of natural, historical and cultural treasures. While Mexico is mostly famous for its breathtaking beaches dotted across the extensive shoreline, Mexico is so much more than just its beaches. It is one of the lesser-explored hidden gems of the world, which makes it even more affordable. There are so many things to do in Mexico that one trip would surely not feel enough!

12 Things That Everyone Should Try In Mexico:

If you thought that Egypt was the only place you could find pyramids, think again! Mexico has a huge array of stunning pyramids, which date back to the Mayan Civilization, as old as 300 BC. Some of the most striking among them is located in Cholula, Chichen Itza, Coba, etc. There are a number of pyramids from the Aztec civilization spread across sites, such as Teotihuacán, Tenayuca, and Tenochtitlan as well as those erected by several other civilizations. There are also a number of unexplored pyramids and it is yet to be determined which civilization constructed them. Some of these have been more recently discovered and it is only expected that there are more to be yet discovered.

Located on Mexico’s Caribbean coast, the town of Tulum is a beautiful blend of the ancient and the modern. Its proximity to Cancun, beautiful beach and Cenoteshas gained it the moniker of being a popular resort town. It ‘s also known for hosting some of the best Yoga Retreats in Mexico, which are an exciting archaeological site with incredible Mayan ruins, such as Temple of the Frescoes, Temple of the Descending God, El Castillo and the famous Tulum’s wall.

Take a day trip to Puebla and Cholula and witness the creations of one of the most advanced ancient civilizations. Cholula is where you can feast your eyes in the glory of the largest pyramid in the world. A part of it hidden by the mountain, this majestic pyramid is way bigger, although not taller, than the pyramid of Giza. Visit other archeological sites like Convent of Santa Monica, Chapel of the Rosary, and Church of Our Lady of the Remedies. In Puebla, you can witness magnificent colonial architecture, which will leave you spellbound.

Right outside the capital of Mexico City lies the archaeological sites of Teotihucán with its majestic pyramids, the Pyramid of the Sun being the largest. Other sites worth exploring are Tenochtitlán, Templo Mayor, Cuicuilco, Calixtlahuaca, Santa Cecilia Acatitlán, Plaza de las tres Culturas, etc. Take a trip to the museums in the city for an informative and comprehensive educational tour.

Mexico is a throbbing canter of art, culture, and architecture. When in Mexico make sure you check out the mesmerizing and moving works of Frida Kahlo at the Frida Kahlo Museum, also known as the Blue House. Take a trip to the Museo Mural Diego Rivera to witness the famous mural along with Museo Casa Estudio Diego Rivera y Frida Kahlo where the works of both artists are exhibited. The culture of art in Mexico is so widespread that you will find gorgeous street art pieces made by contemporary local artists, which are worth stopping by and photographing.

A hike up to the extinct volcano of Iztaccihuatl, popularly known as the sleeping lady, is a must-do for all nature lovers. Leave behind the noise and people of the city and witness the beauty of the sylvan flora and fauna, which exhibit a vast range of habitats from the forests of evergreen trees like oak, pine, alnusetc to the alpine. There are thousands of species of plants that you can see. These mountains are inhabited by a variety of animals such as puma, lynx, white-tailed deer, teporingo rabbit, coati and various species of birds.

The cenotes of Mexico are beautiful sinkholes, which are filled with the bluest of the clear waters making them irresistible. Given the sheer number of cenotes the region has, swimming in one is an absolute must to on the list of things to do in Mexico. While the cenote at Hubiku is the most popular there are more at Cancun, Tulum, etc. You can also go snorkeling at these cenotes for a marvelous view.

8. Swim with sharks in Cancun:

If the thrill is your love, swimming with the sharks is something that you would not want to miss out. The popular beach destination of Cancun offers its visitors a rare and thrilling opportunity of swimming with giant whale sharks of the Caribbean Sea. The largest sharks in the world, these only feed on plankton and hence, pose no threat to humans.

9. Relax with some yoga:

Festivals in Mexico are full of colors, sounds, music and so much life that you will not feel like an outsider in the celebrations. If there is one festival you must attend in Mexico, it is Día de Muertos or the day of the dead. Celebrating the life and journey of dead loved, thousands of people take to the streets decked up in vibrant attires and makeup, which represent the dead, such as skulls, something that is so uniquely stunning. Other festivals, such as Cinco de Mayo, Festival de México, Carnaval, Guelaguetza Festival etc are worth visiting too.

Mexican food offers a vibrant burst of flavors, textures, and spices, which will leave your appetite asking for more. To have a real taste of Mexico, do try their tacos, chilaquiles, tostadas, pozole, enchiladas, mole, and tamales. There areseveral delectable vegetarian and non-vegetarian options that make this country a paradise for foodies. Do try out their freshest beans, authentic salsa and guacamole. Make sure you end your meal with popular Mexican desserts, such as jericalla, nieve de garrafa, pan de elote, etc.

Head over to the Guadalajara for the most epic parties one can ever witness! The hub of exciting nightlife, the city teems with clubs, pubs, discos as well as tons of other party options where you can literally party till wee hours in the morning. Cancun boasts of some of the most epic beach parties as well as a vibrant nightlife with some of the best DJs belting out popular tracks and foot-tapping music.

Mexico is one of the most amazing and lively countries that you can visit. Explore the beauties of nature, rich history of ancient civilizations, heritage and culture, music, food, beach, parties and much more. There are so many things to do in Mexico that you will want to come back for more!

Tags Mexico , Things to do in Mexico , travel

Mashum Mollah is a tech entrepreneur by profession and passionate blogger by heart. He is on a mission to help small businesses grow online. He shares his journey, insights, and experiences at RSL Online & Online News Buzz, Smart Business Daily & Online Health Media, Follow The Fashion & Content Rally & The Daily Notes & Real Wealth Business. If you are an entrepreneur, digital marketing professional, or simply an info-holic, then this blog is for you.